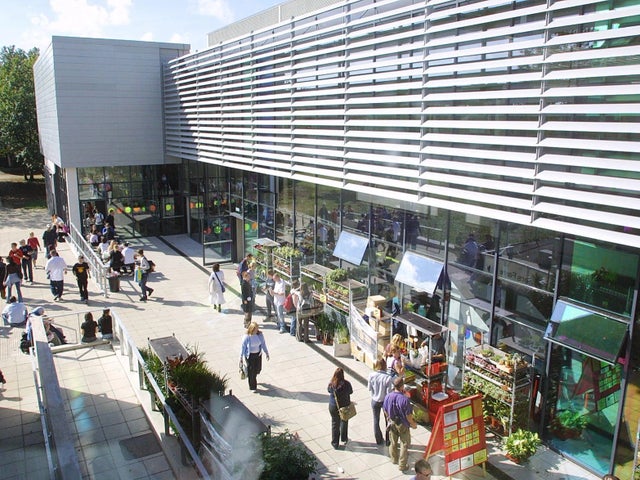 Not just the good times - the great times!

When you think back to your time at the University of Portsmouth we hope you'll have fond memories of the Union. We've changed a lot over the years and we plan to keep changing to meet the needs of our current and future students. We're really proud of our history and have thrown together a timeline of how we got to where we are today.

The Institute was renamed the Municipal College, Portsmouth

The first documented mention of the Students’ Union was in the first edition of ‘the galleon’ student newspaper. The Union’s dependence on membership involvement and volunteerism has remained largely unchanged; in the autumn 1911 edition of the galleon H. Absalom wrote, “apathy is the arch-enemy of Students’ Unions”. The Union existed as two separate Unions for men and women and operated sports clubs such as football and basketball – remarkable, as Basketball had been invented in America less than 20 years earlier.

Little is known about the Union during this time. We think the mice may have eaten all of the files!

If you know anything from this time period then please update the University alumni department on alumni@port.ac.uk

The Union moves into its first dedicated building, Union House (now known as St. Paul’s Gym); boasting two bars, a lounge and a travel agency. The Union also ran facilities at the Milton and Langstone campuses

The Union’s officers successfully campaign to the University for the Union to be granted bigger premises.

The Union goes ‘bankrupt’ according to the following year’s freshers handbook.

The Union moves out of Union House and moves into the former Navy, Army and Air Force Institutes (NAAFI) building on Museum Road, renamed Alexandra House. The building was opened in April 1983 with ‘Big Country’ being the first band to play in the new venue on 20th April. However, the Union didn’t apply for a liquor license in time and the band played to a ‘dry’ crowd - the liquor license was granted in May.

The University were given outline permission by Portsmouth City Council to build a new Students’ Union building at the north end of Ravelin Park, but the legal agreement was never completed.

The Union incorporates as a limited company and establishes a trading subsidiary (UPSU Trading LTD) to manage its commercial operations, including a nightclub, various bars and coffee shops and retail outlets.

The University submit a new application to build a new Students’ Union at the North end of Ravelin Park, with permission being granted in 2001.

The Union moves into its new (and current) home at the north end of Ravelin Park, on Cambridge Road.

Following continual poor performance, the University (through UPEL) permanently close all of the Union’s former trading outlets, except the Waterhole Bar and Via Lattea (now known as Café Coco)

The Union adopts a modern Memorandum and Articles of Association and becomes the first students’ union in the UK to register as a charity with the Charity Commission – in accordance with new regulations in the Charities Act 2006.