The University and Portsmouth FC

A statement from your Academic Representation Officer, Sapphire. 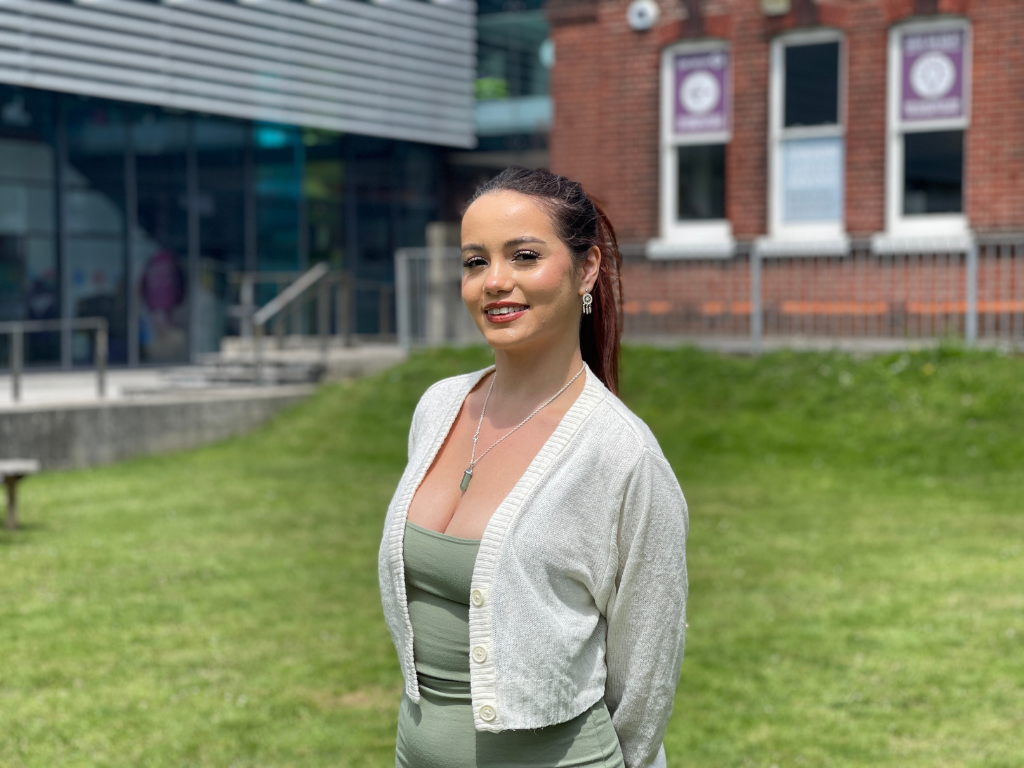 Comment from Graham Galbraith on the news that Portsmouth FC have released three players from their U18 Academy following disciplinary proceedings in relation to discriminatory messages sent in a group chat:

I am very supportive of the way that PFC has handled the reported racist incidents involving a small minority of their under-18 academy players. I commend the approach they have taken, including their thorough and fair investigation, that has led to decisive action involving the release of three players.

I remain proud that the University is a sponsor of Portsmouth Football Club and am very encouraged by the clear message about the values of the Club that this decision sends. We will continue to work together to support inclusion and diversity within our city. Racism has no place in the Portsmouth community.

"Last week, myself and the other Elected Officers had the pleasure of having a face-to-face meeting with the Vice Chancellor, Graham Galbraith. We wanted to talk about the overall student experience and improvements that can be made for the upcoming academic year, to ensure that no one goes through the struggles we have all faced throughout the last 16 months. Many topics were discussed that we are excited to share with you at a later date. However, one of the more pressing subjects that was raised, was the University’s involvement with Portsmouth FC and how we move forward with such partnership.

For anyone unaware, though very unlikely, after the tragic loss England faced in the Euros 2020 final, there was a surge in racism throughout the country, and many experienced inexcusable verbal and physical abuse from a percentage of football fans who laid blame directly on the 3 PGM (People of the Global Majority) football players and therefore, the entire PGM population within England.

Too many people participated in this hate crime, and of those involved unfortunately included members of the Under 18s Academy at Portsmouth Football Club. This made various public headlines, and there was definitely disappointment and disapproval from members of the Portsmouth community, including the University. Whenever you come across one of the numerous articles, the University’s logo is situated somewhere within, due to their close partnership with the football club. Upset students approached me looking for answers at the ‘silence’ from the University about the allegations, stating that the lack of comment made it look as if the University showed no issue with the incident.

I’m writing this to say that this is not the case. The Union has a Zero Tolerance to Racism Policy, that we continue to uphold, and we’re continually working with the University for them to implement something similar. During the discussion with the Vice Chancellor, after making him aware of the students concern, he was able to respond to all questions raised about the Football Club, and made it very clear that he does not condone anything that was said within these group chat comments, and additionally has been speaking regularly to Portsmouth FC, expressing that if this was to continue, the University would have to strongly consider an end to their current partnership.

All answers that the Vice Chancellor gave to my questions are in full detail below. To summarise, the Vice Chancellor expresses that the University is appalled and disappointed, and that he is content that Portsmouth FC are taking the kind of action that we would expect and consider appropriate under such circumstances with measurements to ensure this never happens again."

How do you feel about the recent allegations that have come out from the Under 18’s Portsmouth FC?​

I am both appalled and at the same time very sad that racist remarks have been allegedly made by individuals who should know better as they are being trained and supported to be the next generation of professional players. Such remarks are totally unacceptable at any level and it is particularly distressing that they have been made against individuals who have been key to the success of reaching the Euros final. They have turned what should have been a cause for celebration into discussions about unacceptable behaviour. They have let down the Club, the University as sponsor and their supporters very badly.

Have you been in contact with the Football Club regarding the allegations?

The Club contacted me immediately when they became aware of what had happened, even before it was released in the press. I have been in close contact throughout with the Club as for us as a sponsor it matters that we have shared values on equality, diversity and inclusion and I know that they too are as appalled and disappointed as we are. I am also content that they are taking the kind of action that we would expect and consider appropriate under such circumstances.

Do you think it would be a good idea to suspend our partnership with Portsmouth FC?

I considered this as an option with my team but could not see how this would actually help with this difficult situation. They are important partners and they have been let down by a small number of individuals doing something which should never happen. I am confident that by working together we have more opportunities to make changes to attitudes not just related to this specific incident but more broadly and this is an example where we have very much a shared agenda for change. Of course, like in any organisation including the University, individuals can occasionally act badly and, in that situation, it is the response that matters and I have been very pleased to see the strong condemnation coming from the club. They have also acted swiftly and appropriately and made clear that as an organisation they will not tolerate this behaviour.

Is there anything being done to prevent such a thing happening in the future from the football club?

The club will be strengthening their equality, diversity and inclusion training in the future and I am sure that once their investigation is complete they will be looking again at their policies and practices in light of any lessons they can learn form this incident. The important issue is always to learn from mistakes that happen. Of course, as with the University with 30,000 students and 3,000 staff, it takes time for attitudes to change and it is impossible for anyone to definitively say that there will not be rouge individuals in the future. However, by taking the right action and strengthening training and the approach taken the likelihood is reduced.

What is the university’s stance on Anti-Racism, and is anything being done within the University to prevent further racism?

The University has appointed this year a Director of Race and Equality which is a new post for the University. This, alongside the external consultancy advice we are taking, is intended to help drive change throughout the University within both the staff and student population. We are under no illusion that this will require sustained efforts over many years. What we need to achieve is a change of culture which does not happen overnight. The raising of awareness and understanding and an ability to be open and honest about such issues is key to making this change with many individuals not aware of the impact that they have on other people by their words and actions. We are a learning institution and this is an area where as a community we need to learn together to make change, a change which of course is needed throughout society. We want to be at the vanguard of that change. As an Executive Team and Board of Governors we are regularly considering what is needed and will ourselves be undertaking training to improve our understanding and awareness.

"I thank the Vice Chancellor for responding to my questions, and also for discussing with the Football Club about punishments that needed to happen for the irresponsible behaviour and comments made by the members. I also thank him for showing an interest in the possibility of cutting partnerships with the Football Club to show that there will be serious consequences and repercussions for behaviours such as this in the future."

The Vice-Chancellor celebrates excellence in this annual award ceremony!

The Vice-Chancellor, Professor Graham Galbraith, welcomes new parents to the University of Portsmouth for 2021/22, with an outline of what to expect for the months ahead.